Grief like wet paint
coats your feet
leaves with you
stamps your path
unique, incomplete.

Sometimes at night
after days without seeing the people
I see the world stretch out
like a ballroom floor tattooed
in seven billion shades of grief.

In 2020, the year of improbable hope, my sister told us she was pregnant and then the doctors told her that her baby boy would not live. A few months later I quit my jobs and flew to Florida.

For seven weeks of waiting my sister and I used our hands every day to shape pottery, harvest sweet potatoes, plant squash, tend ducklings and chicks, varnish the porch swing. We talked for hours about the new heavens and new earth, what a bodily resurrection means for today. I listened to Orthodox Easter chants on repeat as I walked the block – soaking myself in resurrection. Every day I told God, I don’t know how to live this well.

When my sister and her husband first heard the diagnosis of anencephaly, they chose to celebrate each day. We talked to the baby in my sister’s belly and told jokes and family stories and laughed with him. My sister and her husband made special memories with him. There was so much we wanted to share. Every detail took sharp significance: the frantic first swim of ducklings, the oak trees swaddled in passionfruit vines, spiky ginger plants, Congolese rhythms that swing the world into dance. My sister sang to her baby, “hearts are made for giving, I’ve given mine to you.” There was so little time and so much to give.

We hoped for his life and asked for healing and knew the moment of birth might be the time to say goodbye. It was. Jedidiah was born during the most beautiful October sunrise. He was impossibly long and chubby and heavy. Twenty and a half inches. Eight pounds, three ounces. That same day the nurses took him away.

An altar at the doorway

The rabbis note that the Torah begins and ends with an act of God’s kindness – in the beginning He Himself covers Adam and Eve as they enter exile. At the end, God Himself clothes Moses’ body in death outside the Promised Land. And everywhere in between those stories, at moments of transition, humans build altars and ask God for kindness: Eve’s sons before the closed doors of Paradise, Abram entering the Promised Land, Noah in a fresh-washed world, Jacob fleeing from father to uncle. The Tent-Tabernacle itself is an altar at the doorway of God’s presence.

What is a more impossible, in-between place than death? It is a riddle that lodges deep in the heart, never fully answered. Can we hope for kindness here?

The mother heart of God

Waiting for Jedidiah’s birth, I saw canna lilies which exploded red in the dirt, lifting their slender heads away from the earth days after they fell. There are mysteries all around us. Death is a mystery, a contradiction.

“I’m having nightmares,” I confessed to a friend after Jedidiah’s birth.

“Remember that death is a daymare too,” she replied. Death as daymare. Those words floated me out in the salty waves of faith, suspended in uncertainty.

For millennia the church has prayed in the face of death, Jesus, Son of David, have mercy on me. “Mercy” is one way to say kindness. The people of God know that He will answer in kindness because he has likened His love for us to one of the most powerful forces we know – the torn heart of a mother.

God says – see how impossible it is for a mother to forget her child? Yet even if she could I will not forget my people. They are engraven on my hands. Did we think He spoke in metaphors? He came, took a body, and was birthed – “born of a woman” – and his hands tore with the weight of our Spirit-and-water birth. He opened Himself to release us to life, His body permanently altered with the wounds of love, a mother’s body.

Check and see that at every point of our salvation story there is a labouring mother, like Eve, crying out that she is co-creating with God a new life – and, like Mary, a sword pierces each mother’s heart.

I watched my sister commune with Christ through giving herself completely, body and heart, to a baby the doctors said would not live. The sacrifice doesn’t end when her body heals. Neither does the pain. God knows the immensity and the pride and the vulnerability and the love and the terror and the permanence of a mother’s love, because it is his own. On this mercy rests our hope.

I am in British Columbia now. The grief of the year past and the uncertainty of the future sometimes feel like too much to carry. But I look back and see a kindness that covers us. The still face of a baby, squash plants that grow and sprawl. A resurrection with scars. How we walk the ballroom floor of this world and leave wet tracks of grief. We move through the hinterlands and we hold to hope.

Maaike loves her siblings who are always introducing her to new and challenging things. Last year, it was the newest member of the family who had the most to teach. 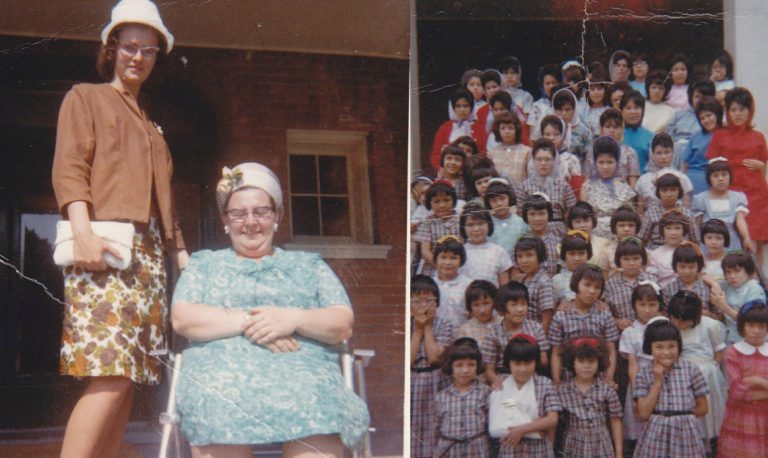 The Mohawk Institute has become the Woodland Cultural Centre. The school has been turned into a museum. The residence has been transformed into rental office space. The Home is not open to the public, but when I visited there with my daughter a few years ago, I was allowed to come and see the space. Some of it is still the same – the nurses’ Dispensary – the library space. It was very moving to be there and to see a plaque with “my” girls’ names on it. The government, who so valiantly tried to “get the Indian out of the child,” has given support to many projects, along with many private donations, to try to make right what was so wrong. 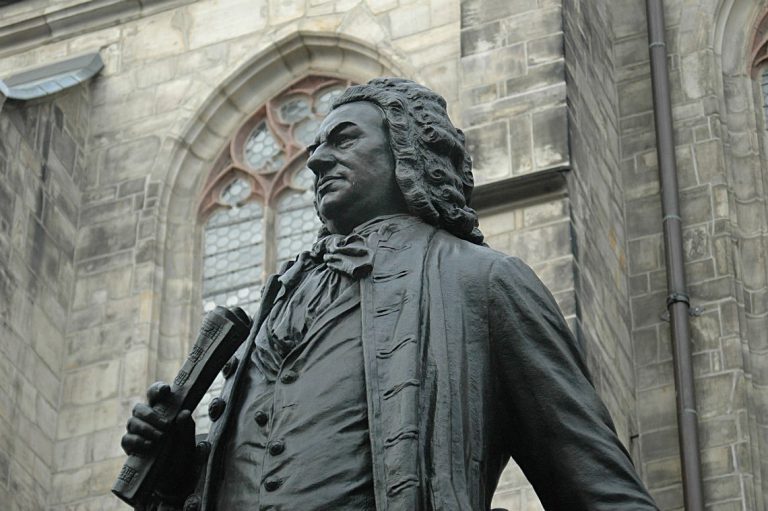 Some years ago, I was introduced to a remarkable piece of music composed by J.S. Bach – the fifth movement of his Partita in D minor for solo violin (called the Chaconne). As with so many of Bach’s works, the Chaconne easily captures your heart; it has a way of lodging itself in mind and imagination. The piece is by turns pained and playful; dissonant and melodic. It sometimes rushes on almost to the point of stumbling and at other times strides smoothly towards its resolution. 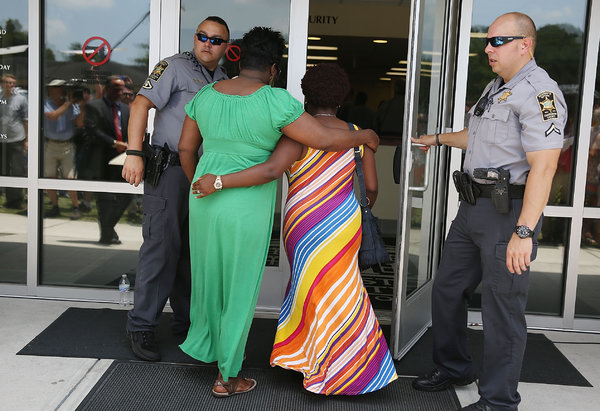 I am ashamed to admit this, but when I hear news stories about people forgiving others immediately after serious offenses, there’s a cynical part of me that judges them.

As I write this, our family is preparing to welcome a nurse back into our home after suspending our community nursing services for the last five weeks. The stories in early February of a contagious yet elusive virus created concern for us with the possibility of a community transmission into our home. Our younger daughters, Rachel and Janneke, are part of the vulnerable sector in this province, and our caregivers also work with multiple clients and in long-term care homes. 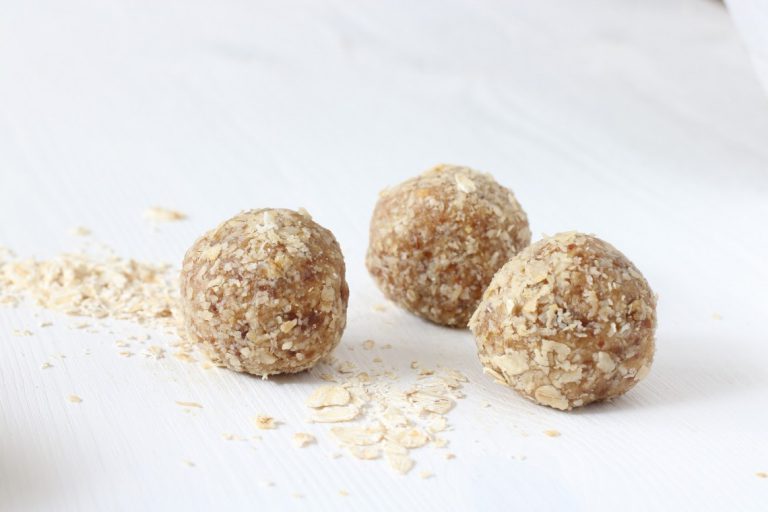 When God calls us – the weary and heavy laden – to come to him, he is inviting us to consume his life-giving and sustaining, healing power, that lasts forever. 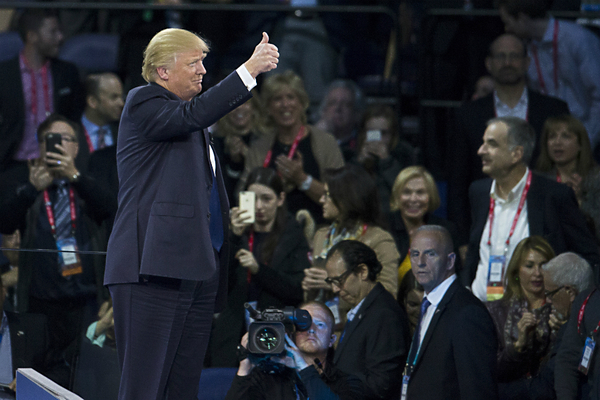 Canada may, at this moment, lack the disparity between rich and poor that fuels social unrest in the U.S. but for how long?