This month marks the 50th anniversary of the assassination of Martin Luther King, Jr., who gave his life for the civil rights cause. Rev. King relentlessly and non-violently opposed racism, and his vision, influence and legacy continue to endure. Unfortunately, racism is still a problem in North America.

As a 40-something white male, I find it tricky to write about racism. It is not my story to tell. But I am also a Christian, and my area of expertise is care theory. As Christians, we know that the diversity present in the world powerfully reveals God’s creativity and will. So we need to celebrate and welcome diversity, and stand up when others are experiencing harm. As defined by N. Noddings, Care Theory reminds us that all humans have two care-related needs – the need to care for others and the need to be cared for by others. Both of these needs are at risk in a racist culture. Racism demeans the victim and the perpetrator, causing harm to the victim and robbing the perpetrator of an opportunity to communicate care. It also harms more than just the victim, particularly if bystanders do not object or oppose, thereby tacitly supporting racist behaviour and mindsets. We are all complicit in a racist culture when we do not stand up to support our brothers and sisters of colour.

While extreme and overt examples of racist behaviour may be declining, this may actually mask the insidious nature of racism. Multicultural scholar Dr. Derald Wing Sue defines microaggressions as “brief, everyday exchanges that send denigrating messages to certain individuals because of their group membership” (“Microaggressions in everyday life,” 2010). Two recent events in the world of professional sports draw attention to this dangerous trend.

Race-Based Assumptions
What makes microaggressions dangerous is that people do not see them as dangerous. While they may reveal a racist mindset, they are often not seen as such by the perpetrator, or by those around them. In a recent Sportsnet article, black host Donnovon Bennett observed that “Race-based assumptions are made about us all the time. They include our interests, taste in music and occupations. These microaggressions reinforce that the world views you first and foremost by your skin colour and not your individual personality” (Feb. 21).  Bennett’s comments get to the heart of the issue. Underground racism sends a clear message: black people should stick to things black people do.

Bennett continues, “What Ingraham did was covert (or so she thought). What the heckling Blackhawks fans did was overt but they were both communicating the same message: Stay in your lane. This is who you are as a black man.”

Telling My Own Story
Racism is a problem that implicates us all. I have lived in a number of different Christian communities. Each of them struggled with racism. In my professional career I have worked in several different educational settings. Each of them struggled with racism. In each community, racist behaviour was rarely overt. Nobody was arrested for criminal racist behaviour or publicly chastised for racist mindsets and actions. Instead, the bias of racist individuals was revealed in words and actions, in nonverbal communication, tone of voice, looks and sighs and rolling of the eyes. Though racism has gone underground, it remains mainstream.

At times when I confronted racist behaviour in classrooms and hallways, even people of colour objected to my objection. Sometimes the person I considered the victim denied that racism had occurred, suggesting that I was overreacting, and that the perpetrator was just joking. But this did not make the behaviour right. I currently teach Asian international students in a postsecondary program at a local university. Their stories of the racist treatment they endure – in the university hallways and cafeteria, at local grocery stores and restaurants – are shocking.

Character, not skin colour
These two recent and public examples of racism could serve as a wakeup call, if we allow them to do so. As Bennett observed, the timing of these two incidents could not have been more ironic. They both happened mid-February, when the NHL was celebrating Hockey is for Everyone month and the NBA was commemorating Black History Month.

Martin Luther King, Jr. delivered his famous “I Have a Dream” speech at the feet of the statue of Abraham Lincoln in Washington, DC. This statue was erected in 1922, and since the 1930s has been a symbol of race relations and reconciliation. When Martin Luther King spoke in 1963, racism was still a problem. He memorably declared, “I have a dream that my four little children will one day live in a nation where they will not be judged by the colour of their skin, but by the content of their character.”

I share his dream. His speech took place almost a decade before my birth. Racism is still a problem. And unless something changes, it will be an enduring one. 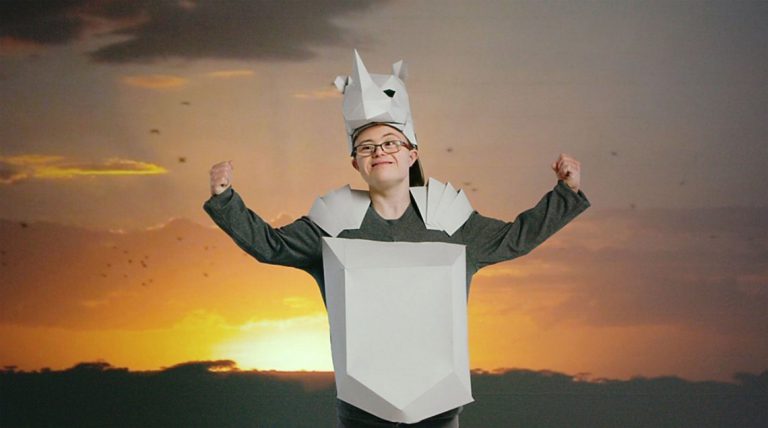 ‘Controversial’ and ‘edgy’ are two words that have been used to describe the Canadian Down Syndrome Society’s (CDSS) recent Endangered Syndrome campaign. The campaign announced CDSS’ application to the International Union for the Conservation of Nature (IUCN) requesting that people with Down syndrome be the first humans included on the Red List of Threatened Species. 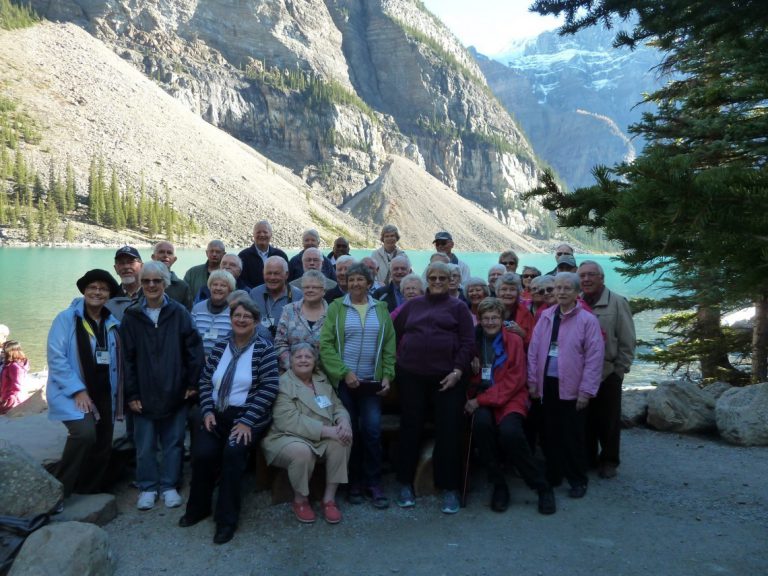 On Sunday, September 27, a travel group from Grand Rapids, Michigan, visited Willoughby Christian Reformed Church (CRC) in Langley, British Columbia. This group of 40 people combines holidays with learning the history of various CRC congregations. After the service they attended a presentation about the history of the CRC in western Canada, particularly the Vancouver area. An abridged version follows. 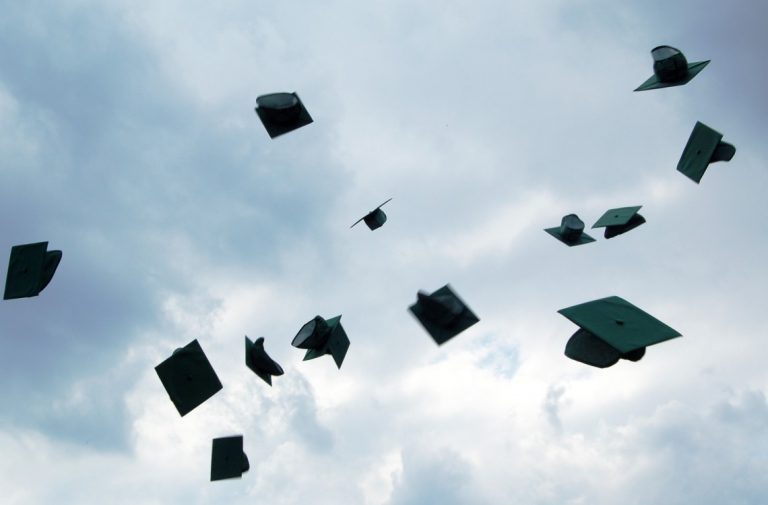 In recent weeks, you may have noticed a migration of young, bleary-eyed Americans in cars stuffed with furniture, bedding and textbooks crossing the border back into the States for summer break. 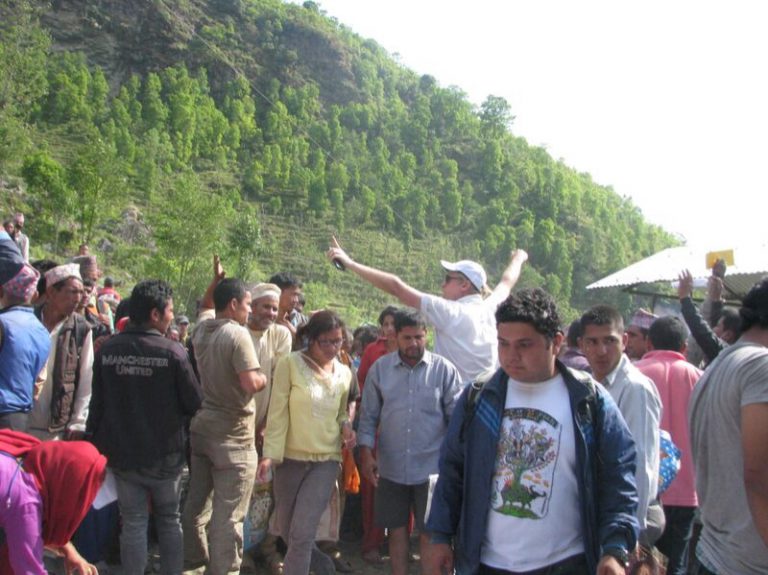 Act justly, love tenderly, walk humbly. These words, headlined in a recent Jesuit interfaith workshop, succinctly describe the Christian principles of faith-based agencies in today’s relief and development sector. They are, perhaps, the most important principles for us to remember when working with diverse communities and partners in the developing world. 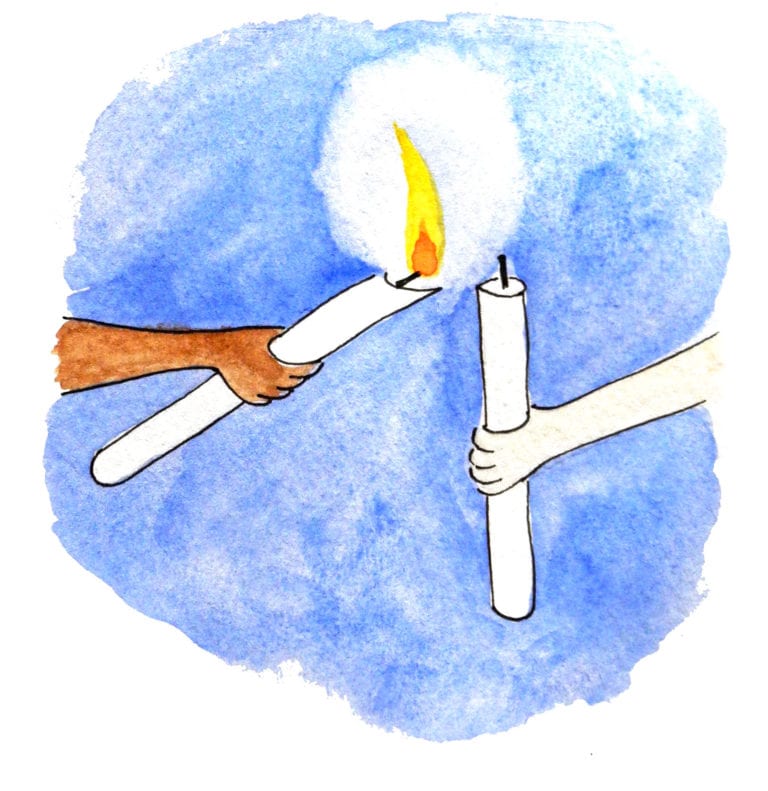 The North African bishop Augustine of Hippo famously said that hope has “two beautiful daughters; their names are Anger and Courage. Anger at the way things are, and Courage to see that they do not remain as they are.” The last year was extraordinarily difficult for many, and the temptation to lose hope is real…. 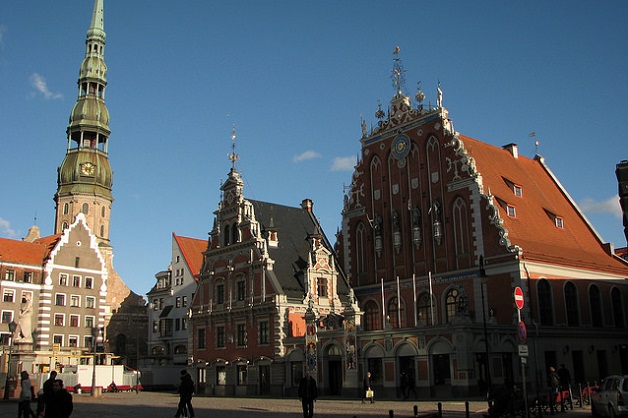 Among other things, this spiritual hunger was manifest in an initial responsiveness to familiar Western evangelical missionary methods, such as Billy Graham-style crusades and “first contact” gospel presentations. However successful these methods were in the short-term, it quickly became apparent to church leaders in Latvia that these methods did not yield long-term disciples or healthy churches. A new approach was needed – one that could arise organically from Latvians themselves.