It wasn’t that long ago that many Protestant churches had two worship services per Sunday. In those older times your commitment to God was judged – at least partially – on whether you were a once-r or a twice-r. In our family we were twicers.

In these days of viral assault on human health, we use telephones and computers to try to worship together in some way or another. On Palm Sunday I heard four sermons!

One of the sermons followed the tradition of calling this day Passion Sunday. Litanies were read, video clips of various clergy members standing alone, outside or in their church buildings and waving palm crosses or (my favourite) a spruce branch, and saying “Hosanna” with the amount of fervor acceptable to that tradition and video-recorded sermon. Music was by pipe organ and piano with the words provided for us to sing at home.

The second sermon followed the same tradition and focused on washing hands, making an apt connection between COVID-19 prevention and Pilate’s non-committal hand-washing (hand-wringing, I think, was more the point of the sermon). This sermon came via email. There were no litanies or hymns or other prayers.

The third sermon came from a priest from a liturgical tradition. We watched the next sermon via computer screen with a high-quality recording of the priest who did focus on the triumphal entry and delivered a cogent, carefully-phrased sermon that did as much as it is possible to do to “speak with” a virtual congregation. No songs, no litanies, either.

Communal worship
The fourth sermon was . . . well, it’s not the sermon that I wish to talk about. This was a Zoom service with participants from six tiny congregations there, most on video and some on telephone audio only. The service was led by the minister, who included introduction, call to worship, some responsive prayers, the gospel reading, and an offering – an announcement about offerings, Christian charity, duty, and how to make financial donations to the congregations represented.

So it’s not a sermon I’m talking about, but a time of communal worship. There were occasional times of glick, beep, chokkbc, grblle, and then the minister’s words would return. Mostly, participants kept their microphones on Mute, especially when we were singing. Once we thought we heard a rooster in the background, but one of the participants told us it was her clock making what it thought was the sound of a loon as it struck the hour. (A loon with a rooster complex?)

Music was complicated. There is what one computer technician told me is a “latency” – a delay – that makes it almost impossible to have communal singing without undoing Pentecost and returning to Babel.

I have a small portable keyboard set up on an ironing board next to the computer; the minister sends lyrics of hymns to all possible participants ahead of time for them to print. Everyone sings along but hears only Betsey and me while they sing alone with their machine.

It is this service that made the biggest impression on me. The minister would tell us where we were on our previously-sent orders of worship and then, from time to time, would say, “Well, Curt, should we have a song here?” Or, “Let’s sing, ‘Hosanna, Loud Hosanna’ now.” After making a reference to the appointed psalm (Psalm 31:9-16) the minister spoke about Lent, Holy Week, COVID-19, and lament. While she was speaking I was scrambling in my grey Psalter Hymnal for an appropriate lament and when she asked if “Curt had another song,” I sang Genevan 77 and followed it up with all of us singing “The King of Glory.”

It is this back-and-forth of a small group (30 people in all, I think) that spoke to me: I could see people dressed in their Sunday best, others reclining on a couch, a couple (they told us) still wearing pajama bottoms with a dress shirt or blouse. There were a few prayer requests, lots of waving to one another on the screen, and lots of “Oh, it’s good to see you!”

Nothing beats worshipping with real people with real bodies, but I’ve found that a Zoom meeting can offer a spontaneity and unsophisticated one-ness that sermons alone can not bring.

Hosanna!
If Christian Courier had audio, I’d offer to sing you one of the songs that we sang, a song I wrote decades ago when our own children were young. Here are the lyrics. It strikes me that Palm Sunday drives home a point about human leadership, red carpets, carefully coiffed hair and beard, photo ops, government jets, palaces, mansions, and . . . meekness. If you sang “Meekness and Majesty” on Maundy Thursday, I think you celebrated the Leader to whom our Hosannas should be voiced. Meanwhile (as Stephen Colbert might say), we would do well to remember the humble king riding a donkey when we think about our own leadership in home, family, church or government.

If you liked this column, you might also like our news story: “Benediction from the Kitchen: Five B.C. pastors take us behind-the-scenes of church online.“ 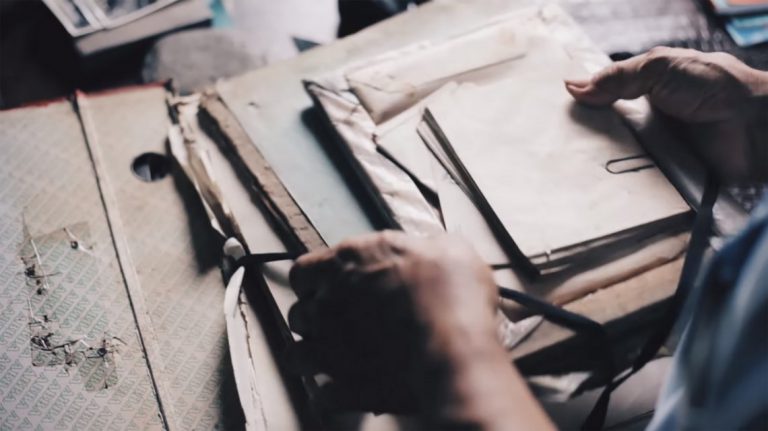 Some CC readers probably remember a thing called a “letter.” You know, a piece of paper you wrote on by hand, stuffed in an envelope, affixed a stamp and then dropped into a mailbox for delivery to almost anywhere in the world. Now that emailing, texting, Facebooking, Skyping and a host of other digital communication media are available to us, personal letter writing has become pretty much passé. And that’s a shame. Let me explain. 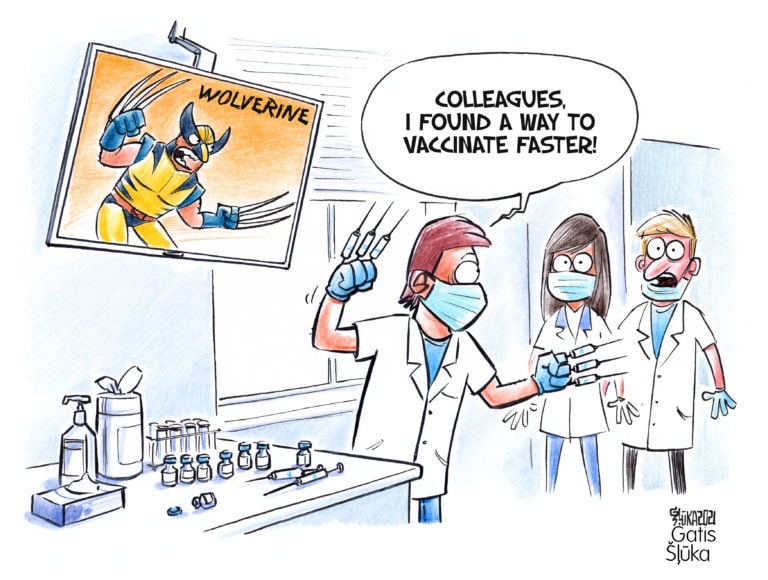 Our bodies hold a mystery at the molecular level: how do the chains of amino acids that make up all our proteins fold into 3D shapes? When your body uses proteins, it does not read them from one end of the chain to another (like it does for DNA, or like we do when we… 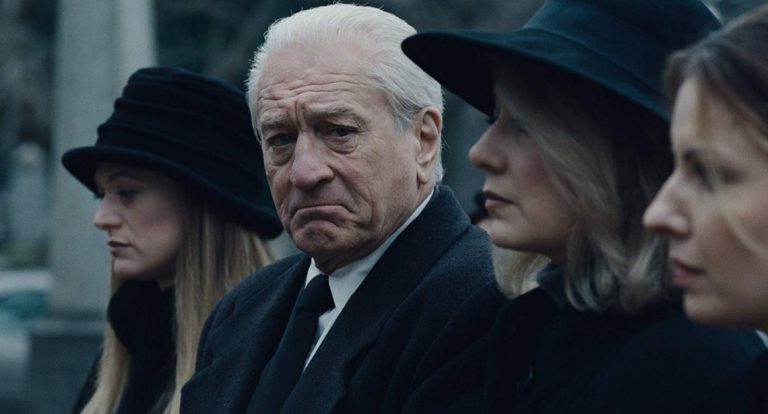 Well, I’m 40 now. I passed that chronological milestone a little over a month ago, and in the days since, I’ve found wonderful opportunities for reflecting on the big questions such an occasion brings: What, exactly, is “middle age”? Why does my back hurt that way? Why do the years seem to pick up pace as you collect more of ‘em? That last one makes me think not just of milestones but of mortality, too. I recall hearing theologian Stanley Hauerwas begin a talk by asking folks in attendance how they wanted to die. Pretty much the heavy metal-est way you can begin a theological talk. Maybe the way that most sermons should start too, now that I think of it. 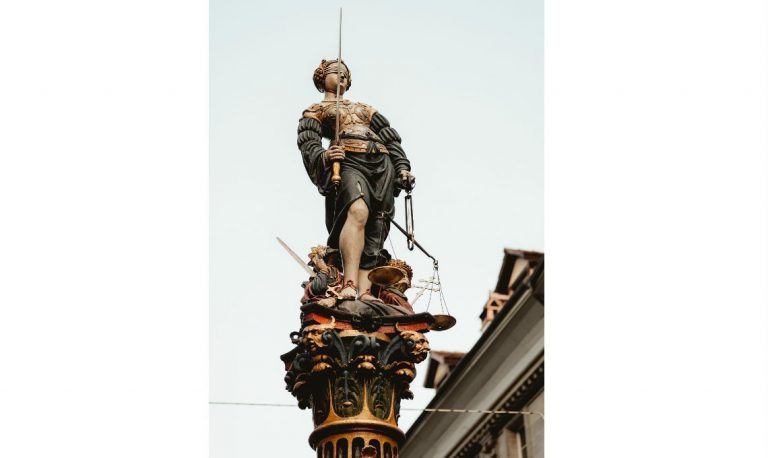 The #MeToo movement is having an unsettling effect across Canada – we might go as far as to say that it has been a source of some turmoil. To refer to this turmoil, however, is not to criticize the movement or to undermine its importance. Indeed, we can only be grateful to those women who have wrestled with the question whether to publicly disclose the sexual abuse they have experienced – grateful to those who have faced personal turmoil in the wake of such disclosures. Their willingness to take this step has been in the service of constructive, cultural change. 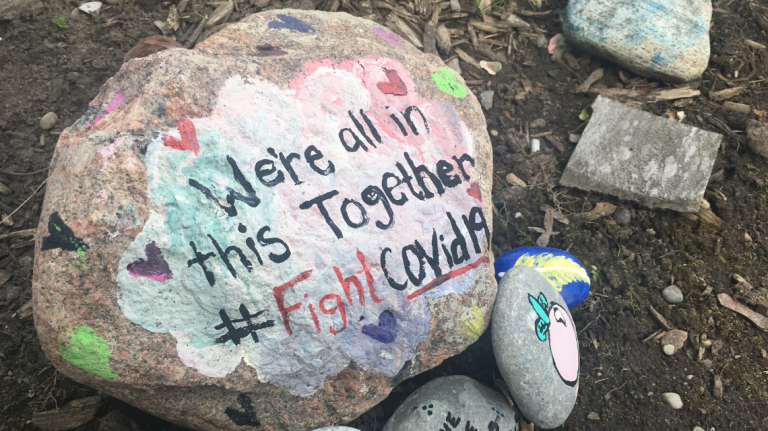 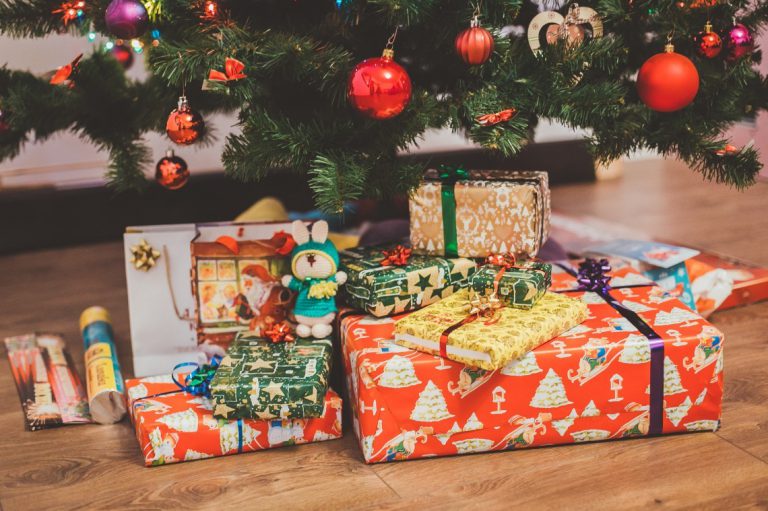 In 1954 my patents immigrated to Canada with $60 in my dad’s wallet. Their Christmas traditions probably stemmed from frugality as much as from faith. But when I had children of my own, I embraced their practices, not merely for nostalgia’s sake, but for the ways in which they cultivated both piety and generosity. For example, we exchanged gifts on Christmas Eve, something our neighbours found odd.