Theology and art are intersecting at the Art Gallery of Ontario’s Mystical Landscapes exhibition. In an interview with Christian Courier, Senior Curator Dr. Katharine Lochnan commented, “people seem to be deeply moved by this exhibition,” explaining that viewers are “entering into a contemplative frame of mind. They’re sitting with pictures. They’re responding deeply, and we’ve had amazing feedback about that.”

The audio guide takes viewers through the journey from a path through the woods to cosmic paintings of the ever-expanding universe. It also guides viewers in attending to their own responses. Lochlan explained that she and her team “always wanted this to be a contemplative experience. This is unusual for us. Usually, we’re in the business of providing information that will assist people in understanding an exhibit from a curatorial perspective.” They used Evelyn Underhill’s five-stage mystic way, described in her 1911 book Mysticism, as “a kind of template for the mystic in art.”

Underhill describes the first stage of the mystic way as the “Awakening of Self,” which is “a sudden, intense, and joyous perception of God immanent in the universe” (166). Lochnan herself experienced “a sense of divine immanence in the landscape” while visiting her family’s ancestral home on the West coast of Ireland – not a “mystical experience,” perhaps, but one that gave her “a strong sense of déjà vu, of knowing it without ever having been there before.” She painted landscapes based on her photographs, but she described “struggling to get what I call the ‘mystical component’ into them, and then I began to wonder if there was such a thing as a ‘mystical landscape.’” This inspired the current exhibition.

Spiritual direction
Viewers are invited to experience such landscapes in a room devoted to the drawings of Charles-Marie Dulac, a 19th century French artist. Brother Ignatius Feaver, a Capuchin Fransciscan, provides something akin to spiritual direction on the audio guide. He tells viewers to notice which print draws their attention (Spiritus Sancte Deus caught my eye – “You can almost feel the wind,” another viewer commented, and I agreed). Attending to creation draws the viewer out of themselves by connecting them to the beauty of nature as seen in the print and experienced in their lives. Feaver claims that for Dulac the beauty in creation “evoked something of the mystery that we live in. We live in the mystery itself. It’s the sense that there is a deeper reality beyond myself, beyond the visual.”

Lochnan has been in a spiritual direction program for years. She said, “my idea was that we could look at putting the artists in the role of being the spiritual directors, and we could be inviting the viewer to walk with the artist the way a directee walks with a director, and we could have the pictures function as the focal point for their exchange.”

In recent years, the practice of lectio divina, which involves slowing down while reading Scripture, has experienced a resurgence. One program the AGO is offering includes sessions of a related discipline, in Lochnan’s words, “the ancient medieval practice of visio divina, the divine gazing, in which people would spend hours contemplating, say, an icon, and in the course of which, I gather, you feel as if the icon is almost coming to life and as if you become one with the icon.” At the time of the interview, the first of these sessions were being led by spiritual directors in front of the Dulac gallery and Claude Monet’s Water Lilies. Lochnan said, “We’re experimenting with this ancient form of meditation with a modern audience to see whether we can bring it back to life.”

Desolation and consolation
In Underhill’s exploration of the Mystic Way, the fourth part of the journey was the “Dark Night of the Soul,” which Lochnan said is best represented by war painting in which “the landscape itself became not only a victim but a metaphor for the human carnage, and where the natural landscape is totally destroyed, becomes unrecognizable and the trees themselves are turned into gibbets. The iconography that war art employs comes largely from the apocalypse.” She explained that these war landscapes employ biblical imagery as they give viewers a means of making sense of war: “It’s a subversion of the sacred landscape altogether. The landscape as sacred is a motif in much of the exhibition, but this is just a horrifying twist on that theme.”

The spiritual journey also offers consolation, a word which “means one thing theologically and another thing in a secular context,” Lochnan noted, explaining that when Vincent van Gogh described painting as a consolation, “that word has been misinterpreted to this date by art historians, but when you look at it from a theological perspective, it makes perfect sense.” Lochnan describes Van Gogh’s work as devotional in nature, saying that he viewed painting as a ministry. Of The Olive Trees, she said, “he saw nature as the second book of God, and he saw the spirit in the world in the shape of this big cloud, in the shape of the undulating landscape and trees. He had this very strong sense of divine immanence, and he felt that you should paint from nature, because that is where the divine is revealed.”

Another source of consolation in the exhibition comes from Edvard Munch’s The Sun, which Lochlan says was, “perhaps the most important symbol of hope that he ever painted,” noting that he is also known “for his painting of desolation, The Scream.” After “wrestling with his demons,” Munch produced work of a different character, including this painting which evokes the Eucharist and in which the rays of sun “come right through to the viewer, little red dots and dashes, and the intent being for the viewer to actually be irradiated by this image.”

The piece was offered for public viewing in Oslo after the 2011 attacks by Norwegian mass killer Anders Breivik. Lochnan said, “It was placed in a space where people could just sit with it after this terrible massacre when Norwegians were wondering what on earth had happened in their midst and were trying to come to terms with it, so it functioned in that sense as an altarpiece, a focal point for contemplation, and it has been used behind the Nobel prize award ceremony, so it has tremendous cultural significance and symbolic value in Scandinavia.”

The exhibition is full of significant works. Lochnan invited people to experience it for themselves, saying, “It’s an experience that I think has the potential to, if not change your life, help you resolve life problems. To be in the presence of artists who have had mystical experiences and have been able to convey them through their works of art is an experience absolutely not to be missed.”

Christian Courier is posting all the content from our Christmas issue online for free. If you enjoyed reading this, we encourage you to subscribe to our print newspaper or digital version to access all our upcoming content. 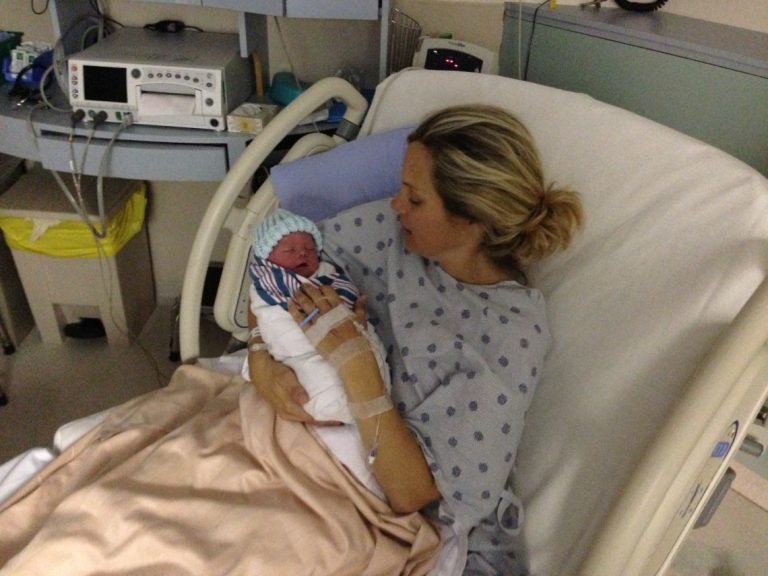 Since the birth of their son Samuel two years ago, Amy and Rich DeKorte have learned so much about Down Syndrome and experienced God’s remarkable work in their lives. In an email interview, Christian Courier asked Amy and Rich to share their family’s story. 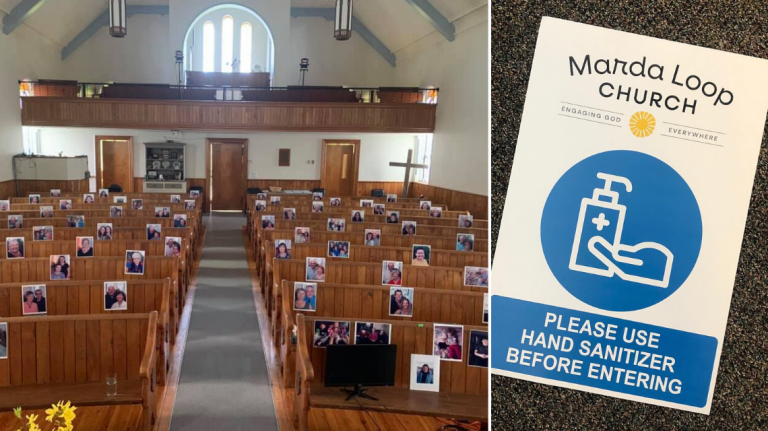 The church has often been at the forefront of emergency response to natural disasters, but it’s not as well-prepared to address public health crises, Dr. Jamie Aten told Christian Courier. Aten is the founder and Executive Director of the Humanitarian Disaster Institute (HDI) at Wheaton College in Illinois. Since COVID-19 hit North America in March, Aten and his colleagues have poured all their disaster-response knowledge into helping churches respond. 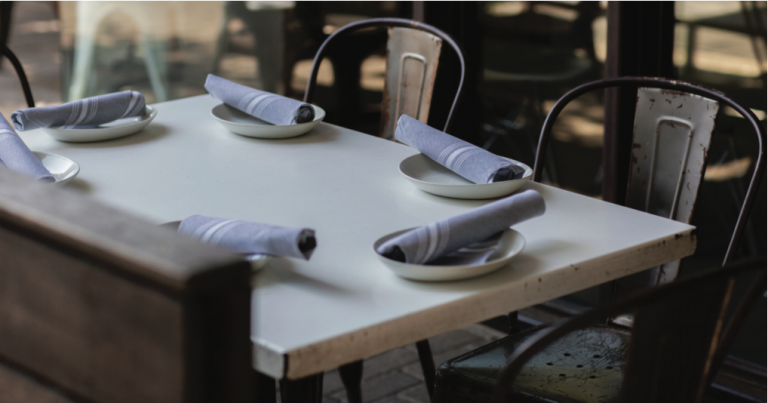 “There is nothing greater than giving people space to be,” says Nicola Bartel, executive director at Mercy Canada. “To go into those dark places and not be alone. That’s the love of God when he promises that he will never leave us. And when he sits with us in that dark place and in the presence of somebody – a neighbour, a friend, whoever that is – he works in that community, in that beautiful space, and helps someone walk through it and out of it.”

This is the sixth question in our series on apologetics called Redemptive Windows, where Christian Reformed Campus Ministers answer faith-challenging questions sent in by CC readers. You can view earlier articles at christiancourier.ca.

Robert Bruinsma explores how the Edmonton Christian School became a part of the public board. 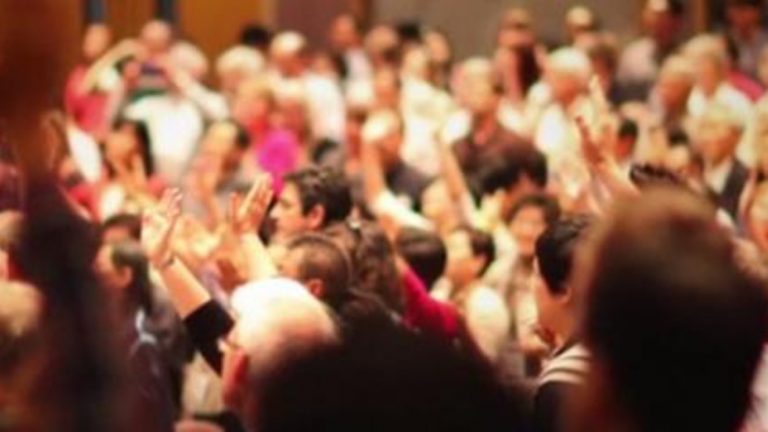 We might be tempted to view Synod 2019 as a placeholder: We gave feedback on the interim human sexuality report; we recommended numerous church order changes (about worship services, commissioned pastors, the judicial code, and synod itself) that will need to be approved by next year’s meeting.